Today I bring you a rather personal post that took a lot to decide to make public. I don’t want to go too much into details and I hope that is understandable, but when I was around 13 I was diagnosed with depression. Middle school sucked and friends revealed themselves to be fakes. It was the time I turned to books for friends and a time where my head was not in a good place. And although it has been years since the Event (as I’ll call it), I am still depressed. I still have my episodes, but they don’t compare to then.

Well enough of that. Let’s get started. 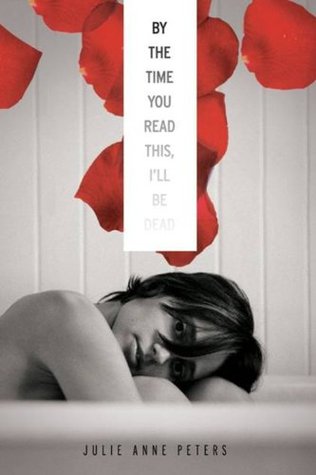 I stumbled upon this book at the heart of my depression. At a point where I was at my absolute lowest and was too scared and embarrassed to reach out. At the time, my mom sort of suspected something was wrong but never mentioned it and because of the fading typography on the cover she didn’t think much of it. She does understand a little bit of English and every time I’d ask for a book she’d ask me what it was about and this was one instance where I bent the truth. In the end, this book helped me realize that it’s okay to reach out to someone and because of that I reconnected with my friend and began to confide in her.

When I first heard about this book I was in my AP Psychology class. My teacher was going over mental illnesses, particularly depression, and mentioned that we would be watching the film. I loved the film so much that when I found out it was a book, I had to read it. After the film, she had us recreate our own “mind maps” that the main character, Craig, made to help him with his depression. Drawing my own mind map helped me a lot and I believe I have a picture of it somewhere. I made buildings spew out of a ribbon-like road which each building distorted to mimic an emotion I strongly feel. Each building also had faces to copy said emotion using windows. To add on, I wrote a lyric that meant a lot to me and corresponded with each emotion on the side of the building.

*Update: I could not find my drawing. I may recreate it one of these days*

I grew up watching Girl, Interrupted with my sisters and at the time I didn’t fully understand it. Now that I’m older and have read the book as well, I see it a whole lot different. It made me realize that I am more than my mental illness and that it’s okay not to be okay as long as we push through it for the better. I love this memoir and I will have to reread it soon.

The book itself doesn’t necessarily include a mental illness theme like the previous ones, but it was more of a distractor. At the time I began to read this, I had just gotten news that my cousin had slipped into a coma after a small surgery and the news shut me down. I couldn’t eat, sleep, or focus in class. I was constantly worrying about him and then I got that phone call from my mother saying he was getting worse (excuse me tearing up at this point). I got out of school early and that same day he passed. I felt myself slipping away. I was so angry and hurt. The next day I went to school and broke down when my best friends and my automotive teacher asked what happened. For the rest of the day I stayed to myself on a bench outside my automotive class reading this book and listening to music. After a few days of staying to myself and reading, I finished the book and figured I’d had to talk to someone eventually. I began opening up to my friends and my automotive teacher, whom bless his soul for being so patient with me (Mr. B, you’re the best!). Sorry this one was more personal and yes I am writing this with a lump in my throat, but I’ve realized talking about it helps a lot.

This poetry type book was given to me by my best friend and it took words out of my mouth and answered questions I never thought I had. This book centers around a younger sister’s perspective of life after her big sister was admitted to a facility for her mental illness. It made me question if my sisters, nieces, nephews, and parents felt the same way after the Event. If I made them feel horrible for the way my brain got sick. If I made them cry because they thought they had failed me as my family. It opened my eyes to a lot of questions I never considered because my eyes were hidden behind the black curtain that is depression.

Once again, this is a rather personal post and it took a lot to become public with this but I felt as if I needed to share my story. It’s time we speak up about mental illnesses and not speak about them in hushed tones as if they’re bad. They’re mostly treatable and can sometimes even be cured. Based on my own personal story, I have decided that maybe by helping others I can also help myself. I hope to get my PsyD (Psychology Degree – kind of like Ph.D. but for psychology) and open my own practice where I can help people like myself and so many more.

Thanks for sticking through this post. It means a lot to me if you have stuck this far with me.